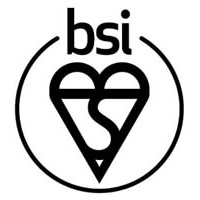 Christelle joined the company in August 2019 to lead Quality and Regulatory Affairs, after twenty years of experience with regulatory affairs and project management in the pharmaceutical industry. A pharmacist by training, Christelle has also graduated with a MBA from University Panthéon Sorbonne in Paris.

Director of Quality and Regulatory Affairs

Christelle joined the company in August 2019 to lead Quality and Regulatory Affairs, after twenty years of experience with regulatory affairs and project management in the pharmaceutical industry. A pharmacist by training, Christelle has also graduated with a MBA from University Panthéon Sorbonne in Paris.

Head of Research and Clinical Director

Vitaly is one of the founders of the company and his work is at the heart of what we do. Vitaly is electrophysiologist and biomedical engineer and author of numerous research papers. He leads the Clinical and Research activities of the company.

Giovanni leads Product Development at EP Solutions SA. He joined the company in June 2018 after eight years at Bracco, where he gained valuable experience in the medical and combination device industry.

Head of Production and Customer Service

Ana is responsible for production, supply chain and customer service. With an electronics and telecommunications background, and industry experience with Vodafone, she joined EP Solutions in 2017.

Dr Shlomo Shpun, Chairman of the Board of Directors

Shlomo joined the Board of Directors of EP Solution SA on July 2020, following 26 years in the Medical Device industry. For 17 years he was part of the Biosense Webster founding team which introduced the 3D mapping systems to the Cardiac Electrophysiology world. He consulted for several companies including; Impulse-Dynamics, Itamar Medical and Paieon. During 2014-2019 he worked for Topera Medical which was acquired by Abbott. Shlomo is currently part of TechWald Holding S.p.A., as the Chief Scientific Officer.

Matthias joined the company in June 2019 as COO, and took over as CEO in January 2020. Trained as a physicist with experience in medical imaging, Matthias spent nearly 20 years with Philips in various international and local business and sales leadership roles.

Pavel has been the Director of Russian medical device distributor and services provider Implanta for over 20 years. He has been a strong supporter and partner of the Amycard LLC team from the very start, and represents the second-largest shareholder, Bosti Trading Limited.

Raffaella represents the main investor, Medilux International SA, and serves on the Boards of several companies in diverse industries. She works closely with management on financial and strategic aspects.

Maurizio is a specialist in radiology, oncology and hygiene and has managed several renowned public and private healthcare structures in Italy for 40 years. He joined the Board of EP Solutions SA as an independent Director in 2018.

Angelo Auricchio leads the Clinical Electrophysiology Unit at Fondazione Cardiocentro in Lugano. His breakthrough research activities in the field of resynchronization therapy have earned him several prestigious awards. He served as principal investigator of several important multicentre studies and international registries. He has been a Board Member of the European Society of Cardiology and President of the European Heart Rhythm Association.

Niraj Varma specializes in the treatment of heart arrhythmias at Cleveland Clinic. His interests include ablation for atrial fibrillation and ventricular tachycardia, defibrillator implantation and biventricular pacing. He pioneered the use of remote monitoring technology for implantable devices, leading the landmark trial evaluating its clinical application. The results have been pivotal and adopted widely to improve the care of patients receiving such cardiac devices worldwide.

Francisco Leyva is Director of Medical Research at Aston University. His research interests include cardiac device therapy, clinical electrophysiology, cardiomyopathies and heat failure. He has been an advisor and member of British and European committees on guidelines for heart failure and cardiac device therapy.